On March 17, 2016, according to the Decree No.244 issued by the Ministry of Education and Science of the Russian Federation, Voronezh State Technical University and Voronezh State University of Architecture and Civil Engineering were reorganized into a regional flagship university. 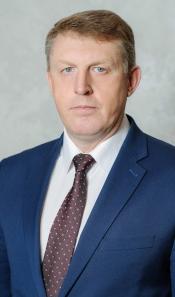 Let’s take a closer look at the history of the first flagship university of Central Chernozem Region – VSUACE.

In 1928-1934 Central Chernozem Region was an administrative and territorial unit of the Russian SFSR. It occupied the territories of the former Voronezh, Kursk, Oryol and Tambov governorates, with Voronezh being the regional center. At that time there were only two universities in the region: Voronezh State University and Voronezh Agricultural University. Industrialization and large-scale construction revealed a lack of qualified engineers – and brought up necessity of creating technical universities. In the summer of 1930 the first university of civil engineering was open.

During the first years of its history, the university changed its status several time, switching focus from military to civil and back to military engineering. In 1941 it was reorganized into Voronezh Aviation Institute that was later evacuated to Tashkent.

In 1956 another technical university was open to provide the region with professionals working for the local industries - Evening Engineering Institute.

In 2016 the university entered a new chapter of its history changing its status once more – becoming the flagship technical university playing the leading part in the strategic development of the region.

Since its foundation date the university has continuously extended its material, technical and knowledge base, increased the teaching staff, broadened its cooperation with the regional industry. It allowed the university to become a big scientific and educational center in a short time.